Greetings to all Virtual Convention Attendees!

I know I am not the only one who has missed going to conventions this year. I have really missed getting out and seeing all the fandoms come together to celebrate past legends and future expectations. I hope some of you have gotten the chance to participate in a virtual con. If so, my wish is that you enjoy the expereince! I know shoping online is not as much fun as browsing the Dealer Room, but I hope you still find something you like.

As a lover of Dealer Room deals, I want to offer all lovers of fantasy books this discount coupon for my store for the rest of 2020.

Just enter code CON2020 at check out for a special discount!

See you next year! 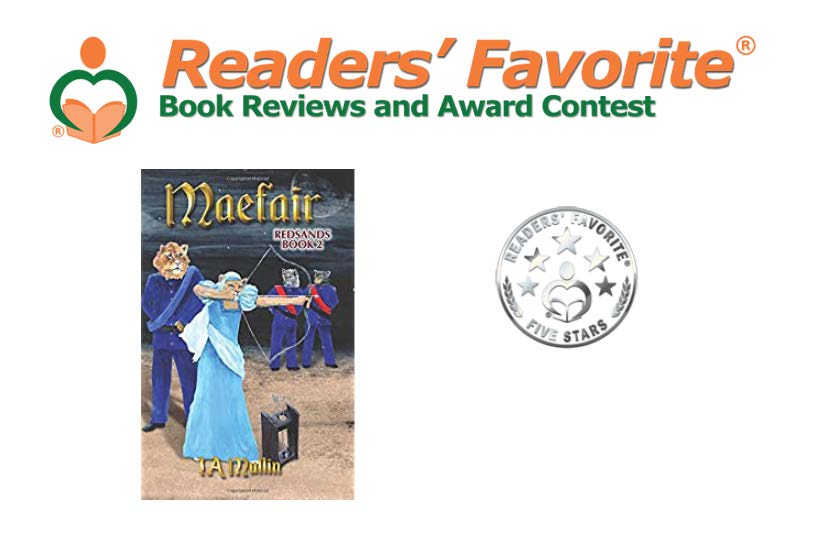 These are the opinions of the reviewer, and although the reviewer is not an expert literary critic or professional editor, they are at the very least, an avid reader of books just like you.

Review:     Maefair is the second book in the Redsands series by I. A. Mullin. When Marquiese decided to leave his past behind and look forward to a future in his rightful home, he knew it was going to be hard. While having Marilana’s help had been tremendous, he knew he would have to make his way and ﬁght on his own. Settling in the royal city was easy, but keeping an eye on the enemy and being ready for any possible attack was harder than he ever anticipated. With people against him, he needed help from people he could trust. Marquiese was proud of the friendship he had cultivated with Marilana and Earek, but he had kept his true identity a secret from them. Will they ever be able to forgive him for what he did? Can they help him keep his place at the top and ﬁght alongside him?

Although I did not read the previous novel in the series, I had no issue with catching up and feeling connected. I loved Marquiese’s responses and how he handled situations. He was stuck in a bad place and he needed the help of his friends. Earek and Marilana were exactly what he needed and they pulled through for him. I loved the action, it never ended and it never slowed down. I felt like Marquiese was directing the plot and took it wherever he went. This story proved to be a test of friendship, loyalty, and trust. The author laid the quest out, allowed readers to get involved in the story, and gave them just enough to keep them hooked. Maefair: Redsands Book 2 by I. A. Mullin pleasantly surprised me. I enjoyed it.